Some engineers looking at the failure of a 13-story condo tower in Florida said the collapse appeared to have begun somewhere near the bottom of the building.

The investigation into what may be the deadliest accidental building collapse in American history has just begun, but experts who have examined video footage of the disaster outside Miami are focusing on a spot in the lowest part of the condominium complex — possibly in or below the underground parking garage — where an initial failure could have set off a structural avalanche.

Called “progressive collapse,” the gradual spread of failures could have occurred for a variety of reasons, including design flaws or the less robust construction allowed under the building codes of four decades ago, when the complex was built. But that progression could not have occurred without some critical first failure, and close inspections of a grainy surveillance video that emerged in the initial hours after the disaster have given the first hints of where that might have been.

A section behind the

The center of the building

A section behind the

The center of the building

the center collapses next.

“It does appear to start either at or very near the bottom of the structure,” said Donald O. Dusenberry, a consulting engineer who has investigated many structural collapses. “It’s not like there’s a failure high and it pancaked down.”

The early examinations came as rescuers on Sunday spent a fourth day pushing through the enormous heap of debris created when half the 13-story building, Champlain Towers South, fell away early on Thursday. The death toll climbed to nine as additional remains were found, and more than 150 people remained unaccounted for.

While a number of bridges, overpasses and buildings under construction fail each year, the catastrophic collapse of an occupied building — absent a bomb or an earthquake — is rare, and investigators are struggling to understand how it could have come with so little urgent warning.

“It would be like a lightning strike happening,” said Charles W. Burkett, the mayor of Surfside, Fla., where the collapse occurred. “It’s not at all a common occurrence to have a building fall down in America,” he said. “There was something very, very wrong with this situation.”

The National Institute of Standards and Technology, a federal agency, was sending scientists and engineers to do a preliminary review, hoping to identify and preserve materials that might help understand the collapse. Officials said they expected a number of local, state and federal agencies also to be involved in the inquiry, though it was not clear which agency would lead the effort.

The search for an explanation comes with a sense of urgency not only for sister buildings near the complex but also for a broad part of South Florida, where a necklace of high-rise condos, many of them decades old, sits on the edge of the Atlantic Ocean, enduring an ever-worsening barrage of hurricane winds, storm surge and sea salt.

Structural engineers were shocked that a building that had stood for decades would abruptly crumble on an otherwise unremarkable summer night.

But three years before the deadly collapse, a consultant found alarming evidence of “major structural damage” to the concrete slab below the pool deck and “abundant” cracking and crumbling of the columns, beams and walls of the parking garage under the building.

While no definitive conclusions could be drawn from the surveillance video, which was shot from a distance and reveals only one perspective of the disaster, some of the engineers reviewing it last week said it seemed to suggest that the failure began at a specific point near the bottom of the structure — perhaps as far down as the parking garage beneath the building, or on the first few floors. 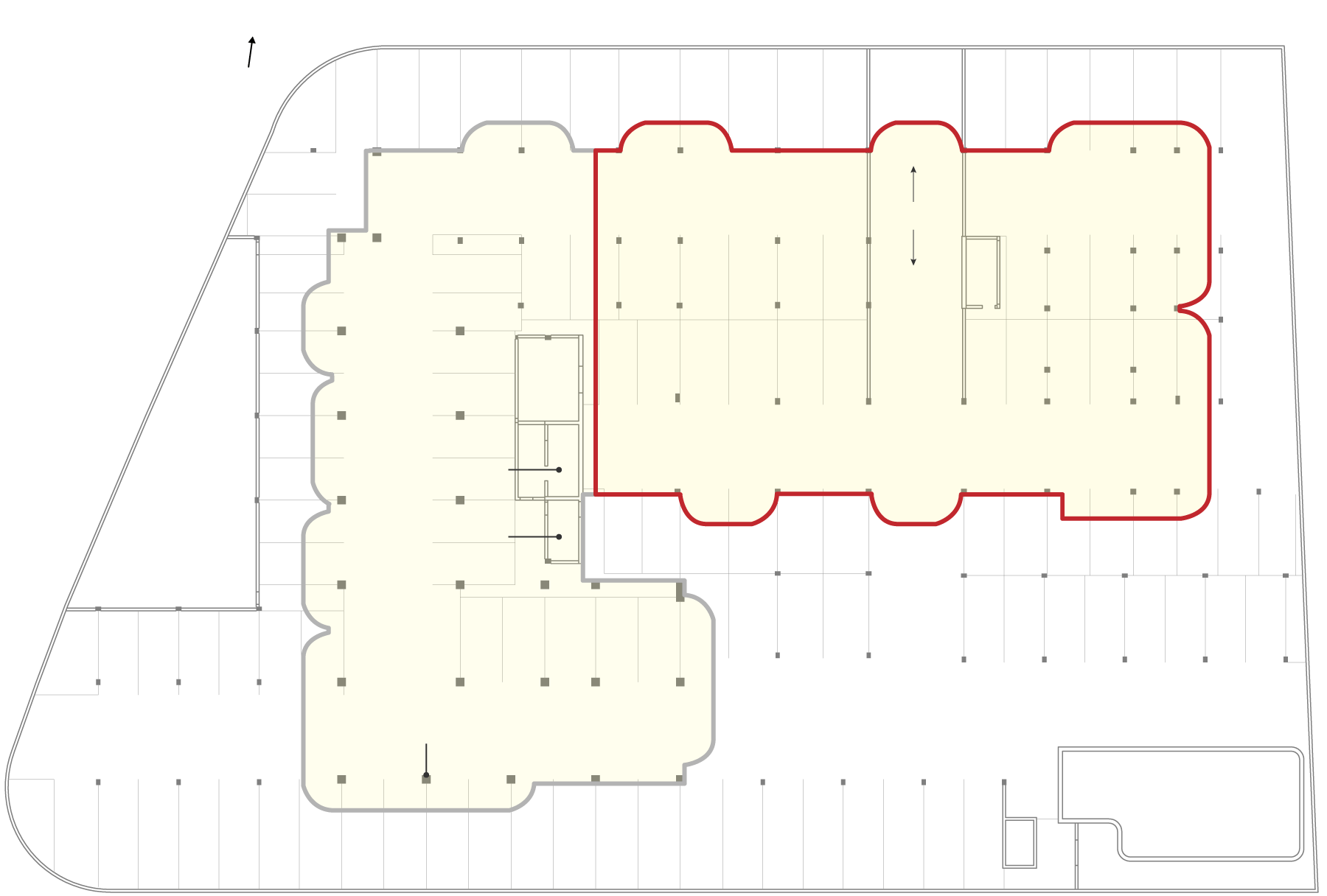 Section of the building that collapsed

The concrete slab above

the parking level had 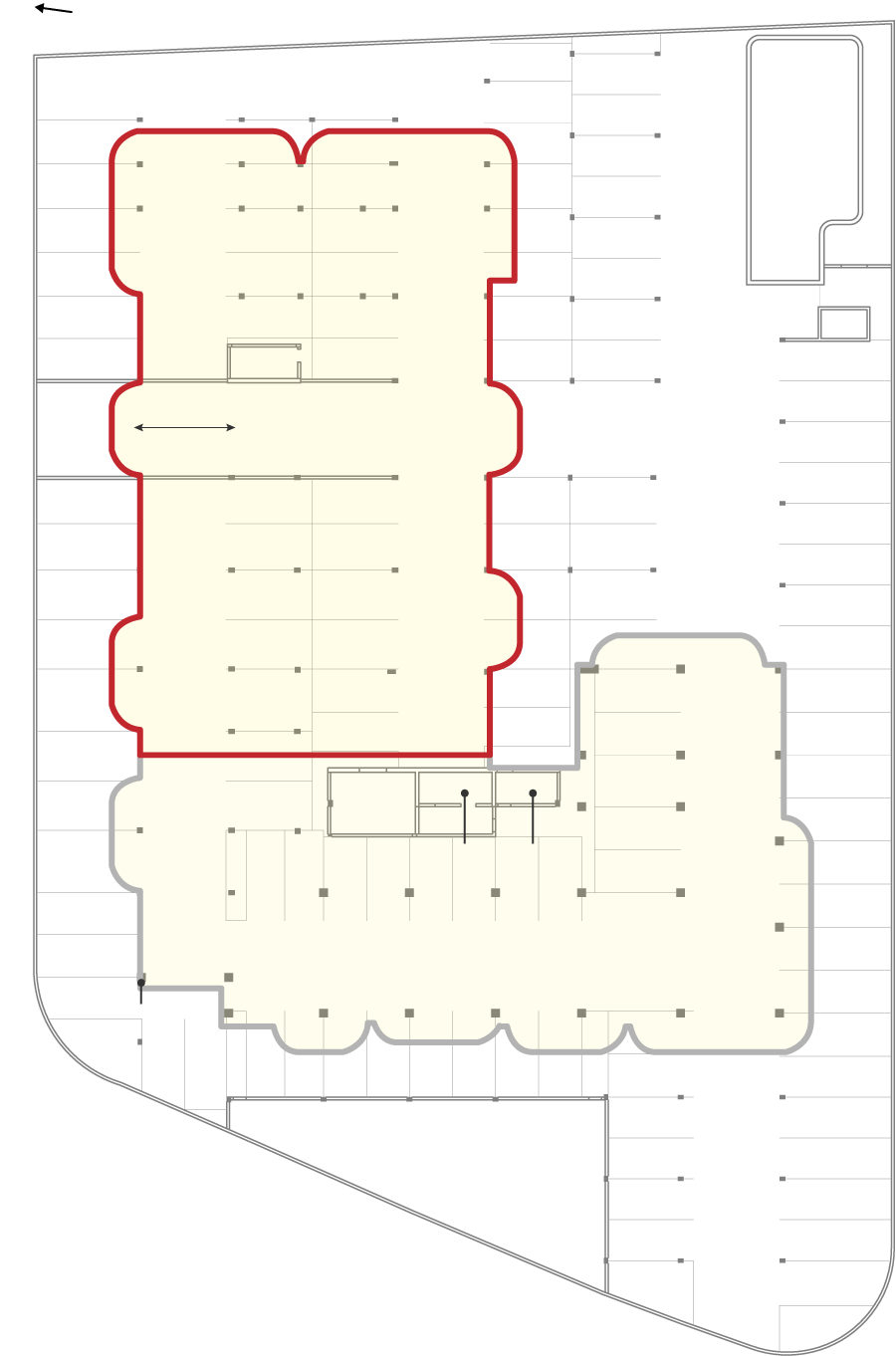 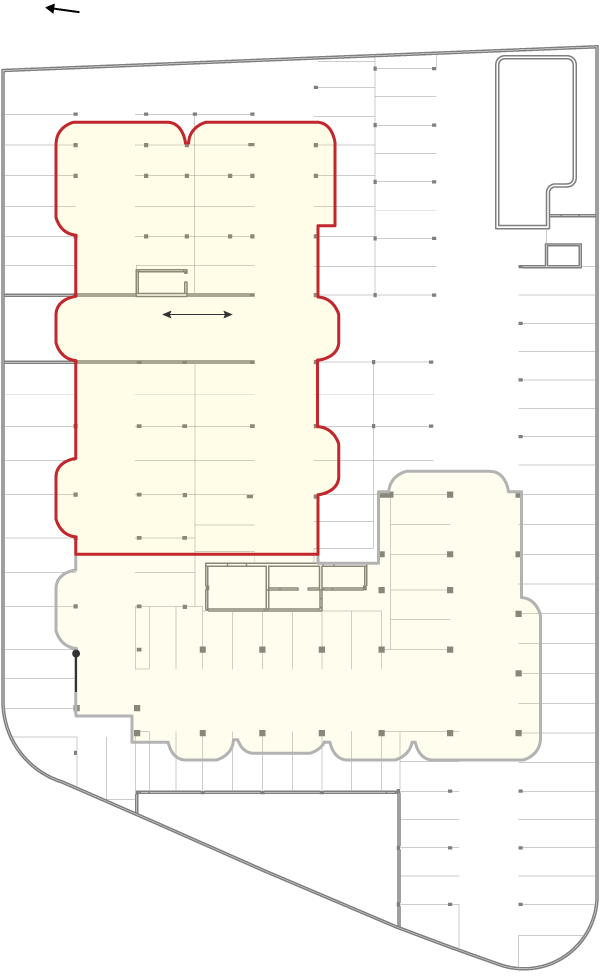 Section of the building

Section of the building that did 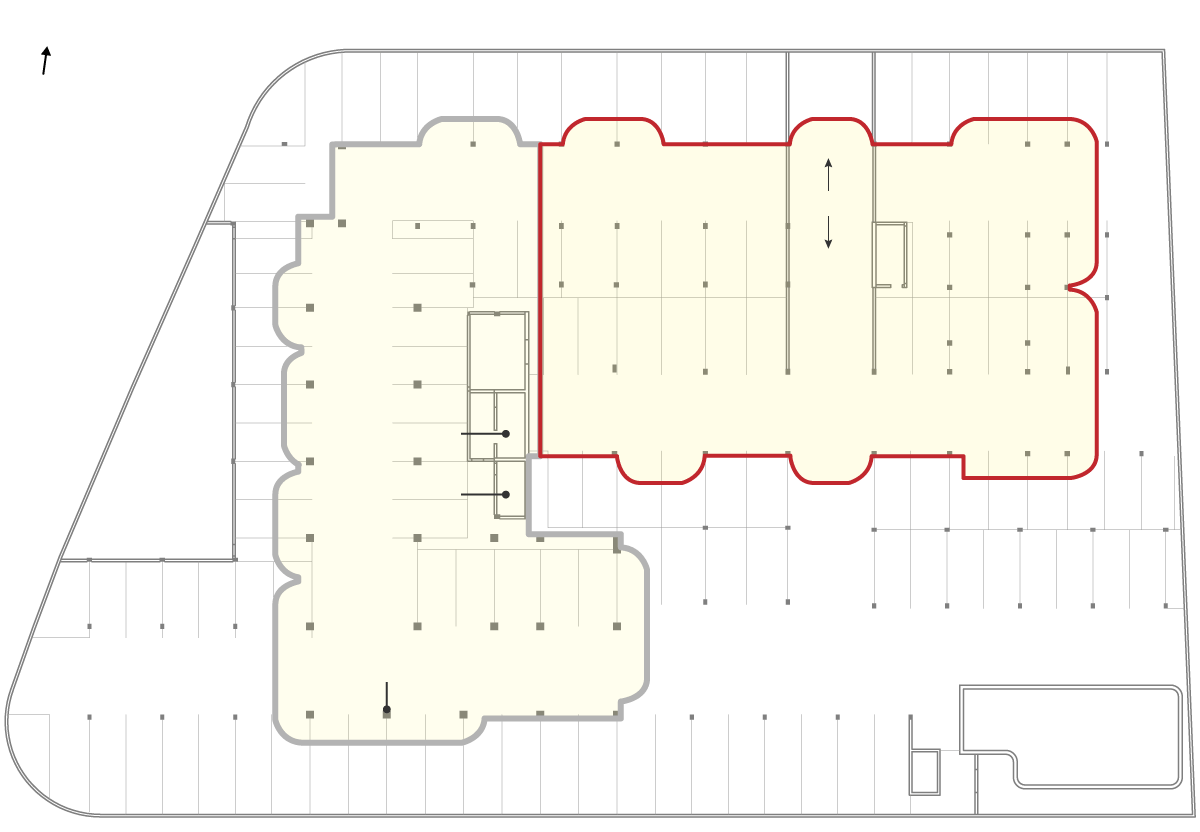 Section of the building that collapsed

above the parking level

From what can be seen in the video, part of the structure first slumped, seemingly falling vertically in one giant piece, as if the columns had failed beneath the southern edge of the center of the building, not far from the pool. Like a nightmarish avalanche, the failure quickly spread and brought down the entire center of the building. Seconds later, a large section to the east also toppled.

Mr. Dusenberry, whose impressions matched those of several other structural engineers who examined the video, said such a failure “would suggest a foundation-related matter — potentially corrosion or other damage at a lower level.” But he said it was not certain that corrosion was the culprit, and added that “you certainly can’t rule out a design or construction error that has survived for 40 years.”

One other clue that a problem started at the bottom of the building: Immediately before the collapse, one of the residents saw a hole of sorts opening near the pool.

Michael Stratton said his wife, Cassie Stratton, who is missing, was on the phone with him and was looking out through the window of her fourth-floor unit when, she told him, the hole appeared. After that, the call cut off.

Rick De La Guardia, an engineer based in Miami with experience in forensic investigation of building failures, said that the collapse could have also started higher than the foundation, possibly on the second floor, based on his cursory review of the columns in the floor plans and his review of the video.

Explanations for an initial failure at the bottom of the building could include a problem with the deep, reinforced concrete pilings on which the building sits — perhaps set off by an unknown void or a sinkhole below — which then compromised the lower columns. Or the steel reinforcing the columns in the parking garage or first few floors could have been so corroded that they somehow gave way on their own. Or the building itself could have been poorly designed, built with substandard concrete or steel — or simply with insufficient steel at critical points.

Evan Bentz, a professor of structural engineering at the University of Toronto, said that the best evidence so far had come from the video and some simple reasoning — pointing a finger of suspicion at the supporting columns in the underground parking garage.

The extreme rarity of major building collapses in the United States deepens the mystery, engineers said, especially considering that Champlain Towers South had remained upright for four decades and had no obvious failure before much of it tumbled to the ground.

“It stood for 40 years and it collapsed relatively suddenly,” said Glenn R. Bell, director of Collaborative Reporting for Safer Structures, a program in the Structural Engineering Institute of the American Society of Civil Engineers. “Why did it collapse at that moment?”

The 2018 report from the consultant, an engineer hired by the condo owners’ association to examine the building, helped set in motion plans for a $12 million repair project that had been set to start soon — more than two and a half years after the building managers were warned about the structural damage.

The corrosion of reinforcing steel identified in that report could have been a critical issue if it occurred on or near the supporting columns and was pronounced enough, Mr. Dusenberry said.

“If I were an investigator, I would check this as an issue,” he said.

But other structural engineers said that some level of corrosion was common in old buildings and was unlikely to bring a building down on its own.

A crucial clue is still unknown, Professor Bentz said, and “that would probably be found under the debris where the collapse seemed to start.”

The structural fiber of the building was largely reinforced concrete. That means the floor slabs upon which apartments sat were made of concrete that was poured around horizontal lengths of rebar, or stout steel rods, that provided critical strength when the concrete dried. Likewise, the columns that held up the slabs were created by pouring concrete around vertical stretches of rebar.

The corrosion of the rebar in the slabs, as revealed in the 2018 report, was probably significant only if it occurred in places where the slabs joined with the columns, Mr. Dusenberry said. Corrosion there could have weakened the connection to the columns, potentially leading to a failure, he said.

The same idea holds for the reinforced concrete pilings — deeply buried, vertical supports on which the entire building sat, said David Peraza, a structural engineer at Exponent, an engineering and scientific consulting firm.

A previously reported academic study showed that the entire coastline in the area of the building has been settling, or sinking, at the rate of a couple of millimeters a year. But the deep piles would have provided stability, Mr. Peraza said.

Danger would emerge only if there had been something like a void or a sinkhole that had caused one or several piles to settle downward and left the others unchanged. That could have threatened the structure that sat atop those piles: columns in the underground parking garage.

“Whether there’s something geologically under the building that caused this, that’s definitely something that’s got to be investigated,” Mr. Peraza said.

Another possibility is improperly installed piles, he said.

Clues to any of those problems will be clear only after the rescue operation ends, recovery begins and engineers dig all the way to the bottom of the debris pile, he said. He added that investigators should also examine construction documents that describe exactly how the piles were built.

Gregg Schlesinger, a contractor and lawyer in Florida, said that cracks and a kind of crumbling in the concrete known as “spalling,” also identified in the 2018 report, should have been a “red flag” if it seemed serious at the time. If that were the case, he said, engineers should have dug deeper to find out what was causing the deterioration.

“There are questions that are relevant around spalling where the concrete falls off of the structural elements,” Mr. Schlesinger said. “But no real research was done into why this stuff was coming off the wall and what was causing that.”

The weeks ahead will involve a meticulous dig to unearth clues that Mr. Dusenberry likened to an archaeological excavation.

Engineers will record each layer photographically, possibly with drones, before moving on to the next.

Collapsed portions of the building will most likely be taken apart piece by piece and reassembled at another location where experts can assess them. They will also do “petrography” on the concrete — studying it chemically and microscopically to test its strength and quality. They will measure the thickness of the slabs and columns and the positioning of the steel to see if it all matches the design drawings.

Donna DiMaggio Berger, a lawyer who represents the condo association, said that members of the association board — the ones who survived — had been left dumbfounded and hoping for answers. Nothing in the 2018 assessment presented to the board had suggested that the building was at risk of collapse, she said, and the board’s “deliberative” approach to doing necessary repairs had been based on the assumption that there was time to do it right.

“The sense of urgency is directly tied to the wording used and the consequences outlined in the report,” Ms. Berger said. “All boards can do is rely on the advice of the professional advisers that they engaged.”

‘It’s Painful’: Infrastructure Talks Near Either a Deal or C...

A 2nd New Nuclear Missile Base for China, and Many Questions...